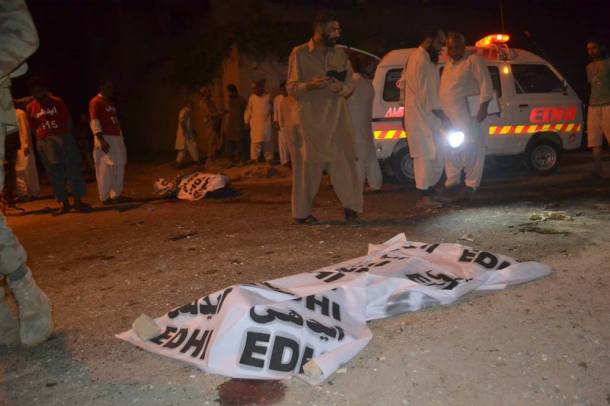 A Picture From The Scene of Incident

While people were busy in preparations and celebrations of Eid festivities on Chaand Raat in Eastern and Western parts of Quetta city after the official moon sighting was confirmed throughout Pakistan, a burka-clad suicide bomber attempted to enter the densely populated area of Hazara Town. Talib Hussain Hazara, the alert security official at the entry/exit point on Brewery Road braved to thwart the attack by stopping the suicide bomber who instantly blew himself up. The failed attempt took the lives of two innocent people including Talib Hussain Hazara who sacrificed his life to prevent the loss of hundreds of other lives.

HUM demands from the Government of Pakistan to confer Talib Hussain Hazara Sitara-e-Shujaat (Star of Bravery) as well as endorsing monetary compensation to the heirs of the martyr.

Campaigning, Advocacy and Capacity Building Organisation Which Is Working for the Rights of Minorities and Indigenous Peoples.
View all posts by Hazara United Movement (HUM) »
← Pakistan’s Complicity Implies Clean-chit to Religious Extremists and Terrorists
Talib Hussain Should Be Honoured Like a Hero By Civil Society →