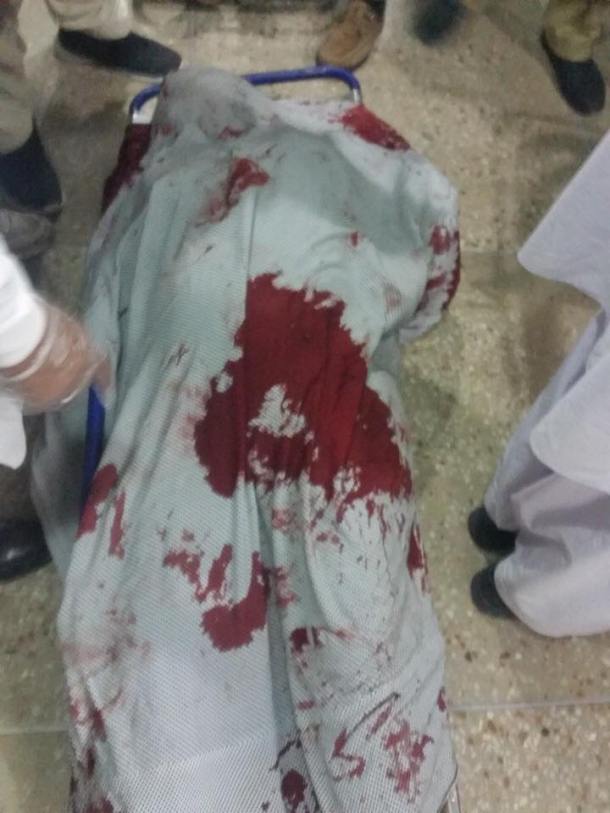 Dead Body of a Victim

Today’s unfortunate incident of targeted killings which took the lives of 5 innocent Hazara women in Quetta, Balochistan is the worst example of Pakistan’s federal and Balochistan’s provincial governments for protecting the religious extremists in the restive province. The victims were commuting home on a local bus when the terrorists stopped the vehicle, identified their targets and shot them instantly.

Meanwhile, Lashker-e-Jhangvi Al Alami claims the responsibility of the attack in a telephone call to the NNI.

Although previous reports have confirmed that ASWJ, Lej, Al Qaeda and recently-emerged ISIS are executing such attacks in concert, and despite government being aware of their collaborations, has taken no practical steps to prosecute their leaders under National Action Plan. The constitution of Pakistan obligates the government and security agencies for providing foolproof safety to its citizens. Unfortunately, in preceding cases of terrorist attacks on Hazaras, the government exercised a complete sense of marginalisation and alienation towards them. The government’s inaction against religious extremists of ASWJ and its affiliates in Balochistan renders the former complicit and supportive to the terrorists, hence, making her indictable for crimes against humanity. In a similar example, today the three-bench member of the Supreme Court conducted a suo moto hearing of the incidence of 8th August which targeted lawyers in Quetta’s civil hospital. The bench held security agencies responsible for the attack.

The government of Pakistan has never taken any meaningful action against the religious extremists who have set up training camps in parts of Balochistan province, harbouring and facilitating terrorist attacks in the province and throughout the country in an effort to deepen the gulf between various ethno-religious communities. In recent examples of suicide attacks in Pakistan, the intelligence reports have confirmed that the suicide bombers were dispatched from Balochistan but the government never took any serious action against the masterminds, abetters, financiers and collaborators.

In particular, Shafeeq Mengal and Ramzan Mengal are proactively supporting terrorist activities especially against the Hazaras but the government has turned a completely blind eye to this sensitive matter.