Hazara United Movement (HUM), United Kingdom has always stood at the forefront when it comes to the Genocide of Hazara and Shias, especially in Pakistan. Through TV interviews, press statements and by holding static demonstrations in the UK to mobilise the masses including Hazara Diaspora, mainstream political parties of Pakistan and human rights organisations to raise voice against the ongoing massacre of the Hazaras in Pakistan. In the wake of the perpetual killings/genocide of the Hazaras and Shias in Pakistan, a sober conference was held in the House of Lords on 25th May, 2013 which was chaired by Lord Eric Avebury, the Vice Chairman of the All Parliamentary Human Rights Group in the British Parliament. Barrister Rubab Rizvi, a human rights barrister; coordinated throughout to make this event a success whose commitment and gusto, in such matters, are unmatchable.

Hazara United Movement, wholeheartedly, thank the mainstream Pakistani political parties who have not only expressed their genuine concerns about such killings but also participated in the conference, on 25th February this year, to show their full support and solidarity with the Hazaras and Shias of Pakistan. Therefore, HUM is thankful to Dr. Saleem Danish (MQM’s Head for the UK) and his team, the 10 members of Pakthoonkhawa Milli Awami Party including its UK Head and other office bearers, Mr. Amjad Khan (The former Head of PTI in UK) and his team, Ahle Sunnat wa Al Jama’at, Minhaj-ul-Quran, Majlis-e-Ulema-e-Shia, Europe, Amnesty International, Al Khoei Foundation and the Muslim Council of Great Britain who spared time to attend the conference and express their full support and cooperation.

Chairman, Muslim Council of Great Britain, a Hazara lady participant, LAH and the Political Councillor of Pakistan Embassy are seen in the conference

Hazara Notables and Elders at the conference 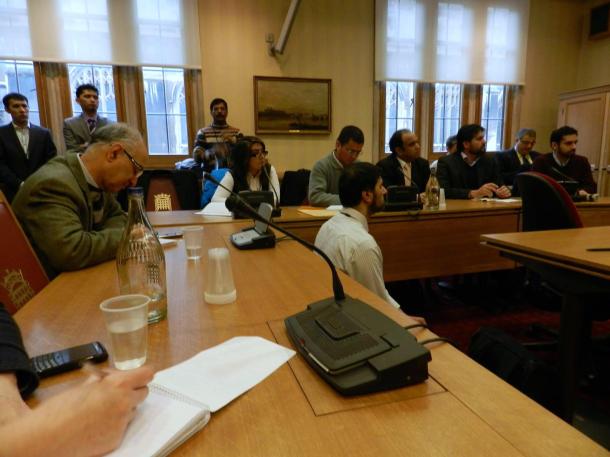 Another view of the participants 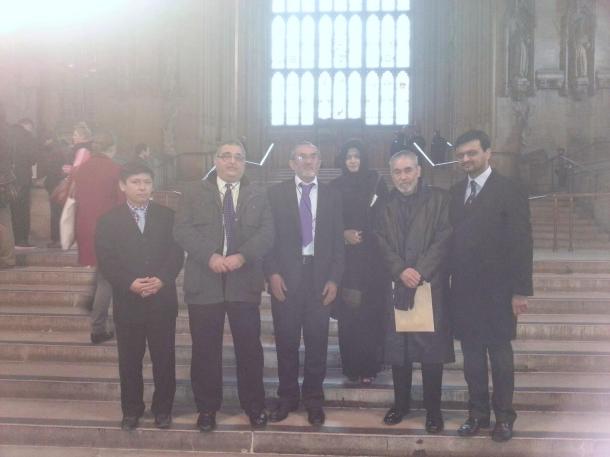 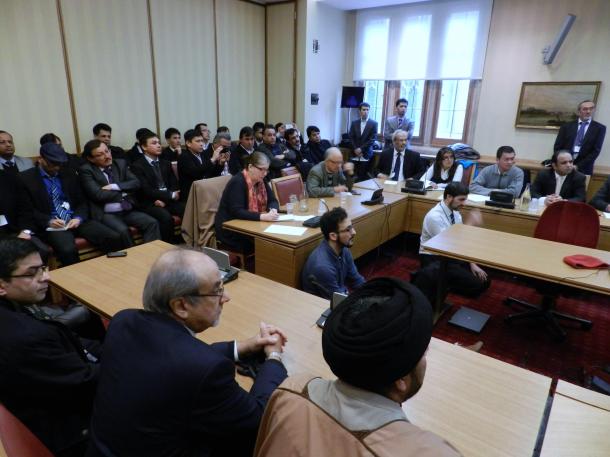 HUM is also thankful to friends and the Quetta-based welfare organisation(s) who responded positively in very short notice and helped in collecting and collating witness statements from the victims/affectees of various targeted killings, suicide bombings and mass killings etc. The self-explanatory Report and hundreds of witness statements, duly signed by the heirs/guardians of the victims were prepared and forwarded to the UN’s Special Rapporteurs for further action who have acknowledged the receipts of substantive material and assured to take necessary action.

(Write-up of Lord Eric Avebury, Vice Chair of All Parliamentary Human Rights Group, published in the Huff Post on the same day)

Escalating the case of Genocide of Hazaras to the UN is of paramount importance in that this is the singular attempt by any organisation to have successfully furthered the case to the United Nations. It also serves as the harbinger of hope for the hapless people who live in sheer despondency and anticipate panacea to their ongoing sufferings.

Below are the English and Urdu news reports, published in the Daily Jang and the News on the 1st of June, 2013. To read the English news report online, click on this link: (http://www.thenews.com.pk/Todays-News-2-181249-UN-approached-over-targeted-killings-of-Pakistani-Shias)

More developments of the case to follow in the weeks to come. Please visit our blog and like our facebook page to get these updates regularly. 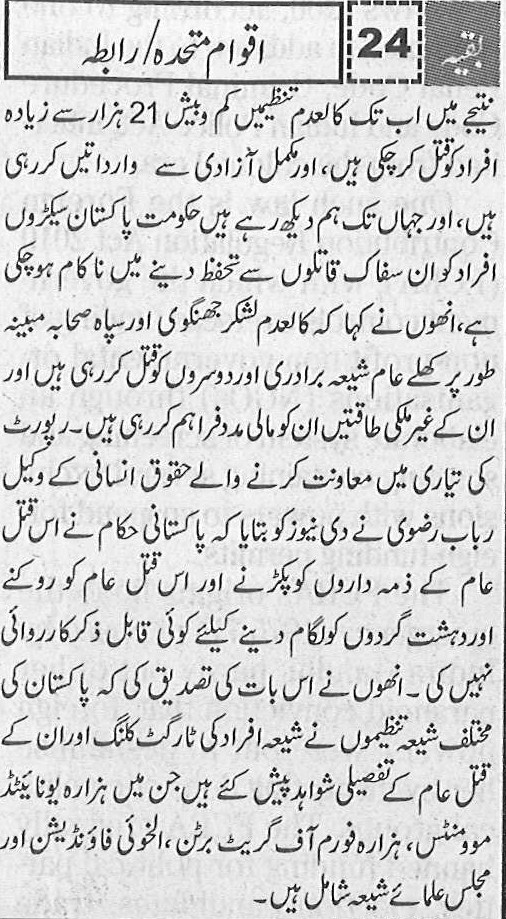 Campaigning, Advocacy and Capacity Building Organisation Which Is Working for the Rights of Minorities and Indigenous Peoples.
View all posts by Hazara United Movement (HUM) »
← HUM DENOUNCES THE RECENT BOMB BLASTS IN MAJOR CITIES OF PAKISTAN.
HUM STRONGLY CONDEMNS THE QUETTA ATTACKS →